As 2013 ages gracefully, only to end its 365-day life in a booze-aided food frenzy, it's high time to start reflecting on the year that was, if I could only think back beyond the last fortnight that is.

It's been a great year for electronic music - the quite brilliant return of Boards of Canada, not to mention albums from fellow veterans including Mike Paradinas (aka u-Ziq) and Four Tet, plus Jon Hopkins and James Holden - I'll attempt a longer gaze through the rear-view mirror in the new year. But before all that I must alert you to this ace track from Rival Consoles on the Erased Tapes label. 'Odyssey' begins life as a minimal moody chugger with John Carpenter-esque synths building the tension nicely, eloquently unfolding into a fairly epic, cosmic slice of slo-mo techno that sounds like it's just returned to earth in a wood-paneled space wagon.

Check it out below along with a suitably fried video courtesy of Michael Zoidis. 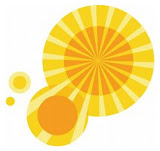 Morning Glory is a regular radio broadcast hosted by Lost Idol which explores contemporary electronic-based music of all shapes and forms.
Tweets by @thelostidol